Elena Marie Elisabeth Kiesel is a historian at the University of Erfurt.

Markus Dolinsky is a historian at the University of Erfurt.

The Complexities of Voluntary Decision-Making in the Vikings TV Series

Pagans against Christians, brothers against brothers, free will against fate: in the Canadian-Irish television series Vikings viewers are immersed in a conflict-laden world characterized by a search for religious meaning and strict social norms. This is more than just the superficial romanticization and pop-cultural staging of Viking culture. The series touches on profound aspects of human life by showing that voluntariness does not always engender freedom and that even restrictive forms of society permit decisions that may be described as “free and authentic” in the sense set out by U.S. philosopher John Christman—of personal value to the individual, recognized by the social milieu and independent of external repression. Within the cosmos of the series, this conception is particularly relevant when an authentic decision spells a conscious shift from one restrictive system to another.

Vikings, first broadcast by Canadian TV network “History” in March 2013, is set in Norway in the late eighth and early ninth centuries. It tells of the Vikings’ expansionist voyages and internal conflicts, functioning like pretty much any other instance of filmic “history”: screenwriter Michael Hirst relates the largely self-contained story of legendary Viking king Ragnar Lothbrok and his family. The models for almost all the characters are to be found in the Old Norse sagas or the medieval Latin sources. The series follows the rules of simplified storytelling. It emotionalizes, personalizes, and dramatizes historical processes, and in no way aspires to engage with the nuanced discourses of academic research. Reviewers have often highlighted the fact that the series takes a quite arbitrary approach to chronology, geography, and material culture. In any case, if we adhere to the conventional approaches of film analysis, the series tells us more about the present than the Middle Ages.

Vikings is a portrait of a warrior people who willingly place their survival in battle in the hands of the gods. The battle cry “Victory or Valhalla!” suggests that the combatants are prepared to give their all in battle in order to live up to religiously based norms and earn a place at Odin’s (or Freyja’s) table. Thus, in Vikings, Nordic religiosity functions first as a motivational strategy for existential devotion. Second, it helps stabilize authority and bring order to society: within the worldview depicted here, armed conflicts are not questioned (or are only to a very limited extent) as part of individuals’ life path. At the same time, every decision can be traced back to the guidance of the gods, who have already determined the course of individuals’ lives up to and including their death. “Consult your seer about risks and side effects” might be the appropriate advice for Vikings seeking to reassure themselves in this context. The same applies to the Christian warriors, who make an existential commitment to exterminate the heathens as they attempt to fulfil the supposed will of God. On the surface, the Nordic actors involved in this conflict do not question the absolute norm of all-encompassing devotion to religious matters—they surrender themselves to an authentic Viking existence without seriously considering an alternative way of life.

If faith as sole motivational strategy proves inadequate, kin-based obligations of loyalty ensure the integrity of the hostile camps. The series first depicts this phenomenon through the conflict between the main character Ragnar Lothbrok and his chronically jealous brother Rollo. Over the course of the series, the latter repeatedly opposes the former in an attempt to emerge from his shadow but returns remorsefully to his side time and again. He discovers no sustainable route to self-realization, consistently finding his options and decisions limited by the norm of fraternal loyalty.

Eventually, however, an alternative does in fact present itself. Left behind by Ragnar as head of an occupying force near Paris, Rollo betrays his troops to the king of West Francia, with whom he enters into an alliance against the Norwegians, and is baptized. In return, he receives the hand of the Frankish king’s daughter in marriage and is appointed duke of Normandy. Rollo thus breaks with Nordic religiosity in light of his personal interests and goals—a strategy hardly alien to the real-world society of the time. But has he perhaps gained more from his conversion than just a beautiful wife and political influence? At first glance, Christianity and Frankish feudalism may seem hardly more liberal than the Nordic religion and warrior society. Yet this change of social system brings Rollo greater freedom, because now he can use his resources to make authentic decisions, that is, ones that are valued and meaningful from his perspective, without tarnishing his reputation. In terms of John Christman’s positive concept of freedom, Rollo has moved significantly closer to being a free subject. And he is not the only character who manages to break out of the nexus of the Nordic belief in fate and kin-centered norms to attain a kind of freedom through Christian conversion. The same set of issues is addressed more explicitly in a later storyline with a different constellation of actors. So let’s change setting and fast forward a few years. (Season 5, Episode 07)

Ragnar’s fanatically religious son Ivar is sitting with his prisoner, English warrior bishop Heahmund, playing a board game. As the game progresses, Ivar tries to win over the bishop as a military ally. The prisoner points out that it is all the same to him whether Ivar or his (just as pagan) enemies win. Ivar replies that he knows Heahmund wishes to come out on top. But the latter dismisses any intrinsic motivation—a thirst for victory—and replies that he is sure that he will be complying with God’s plans and wishes should he accede to Ivar’s request. At this point, Hvitserk, Ivar’s older brother, who had been sitting in the background listening, chimes in: “Then you believe like us, that you are fated, hm?” Heahmund replies: “No, I still believe I have free will! I choose to fight for you.” Finally, Ivar retorts: “If you are fated, it doesn’t matter if you choose or not. You simply have the illusion of being free to choose.” It is Hvitserk who, grappling with Ivar’s statement, subsequently rails against his supposed fate. He is unsure whether his life choices are the result of divine providence or free will, unlike Ivar, who not only believes he knows his fate and accepts it but works actively towards its fulfillment.

Now, “free will” and “voluntariness” are not the same, with a multitude of options in itself guaranteeing neither one nor the other. In the world of the series, Nordic society adheres to less binding normative precepts than the Christian social structure in some respects. Yet a lack of self-empowerment and self-reflection is firmly inscribed in the Vikings’ religion and constantly impedes voluntary and authentic action. In direct comparison, the Christianity depicted here, with its affirmation of free will, offers greater potential for authenticity, making it a source of orientation and meaning willingly embraced by those poorly served by the Nordic belief in fate.

In contrast to Heahmund, who seems at harmony with himself and the world even in captivity, Hvitserk finds himself facing outright crisis. While he can make use of his fighting skills within the framework of normative religious, social, and, not least, kin-based expectations, in the shadow of his despotic brother Ivar he fails to generate the recognition he craves. His search for self-realization ultimately drives him to the verge of self-destruction. In Hvitserk, the discrepancy between the fulfillment of normative expectations, self-knowledge in the sense of becoming aware of one’s own abilities, and the attainment of recognition, takes on personal form. This crisis is compounded by the Nordic belief in universal determinism. In contrast, the bishop believes he has voluntarily chosen to embrace divine guidance and devotedly puts his religious ideals and ideas into practice. He does not believe in a predetermined life path but in divine intimations that he follows of his own free will. This role of religion as source of guidance ultimately seems to Hvitserk to hold out the prospect of personal salvation: the series finale ends with his baptism and his promise of fealty to the English king.

In no way are we concerned here with whether this representation of the two religions is congruent with historical reality. But the religious conflict depicted in the series demonstrates that restrictive social systems do in fact open up spaces in which people can act with self-awareness and authenticity (as Ivar exemplifies). Those who become entangled in society’s dense web of normative expectations, however, often avoid an existential crisis of meaning only by breaking with this social system. Adapted to a present-day liberal understanding of society, the conclusion arising from the series might be that a balanced mix of binding discursive norms, paired with options for self-empowerment and self-knowledge, produces subjects who in turn have an interest in voluntarily supporting this social construct. 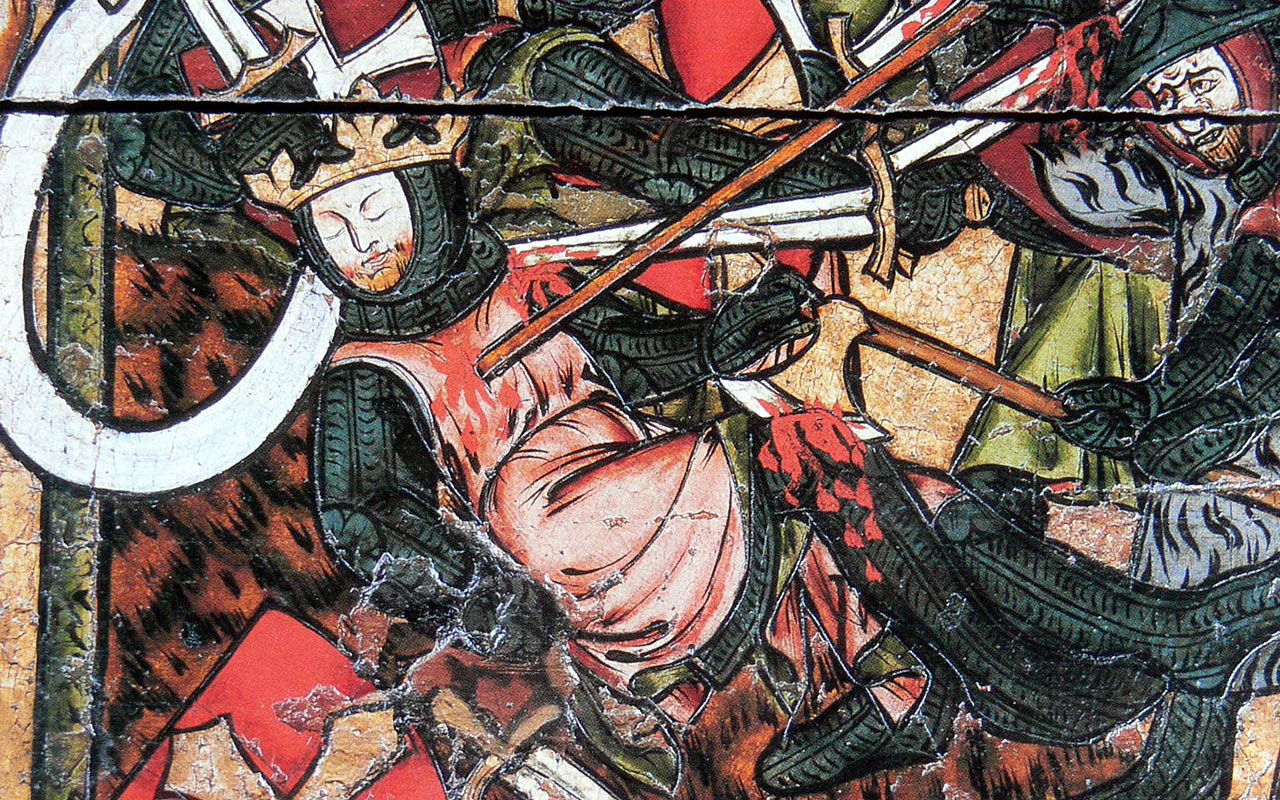 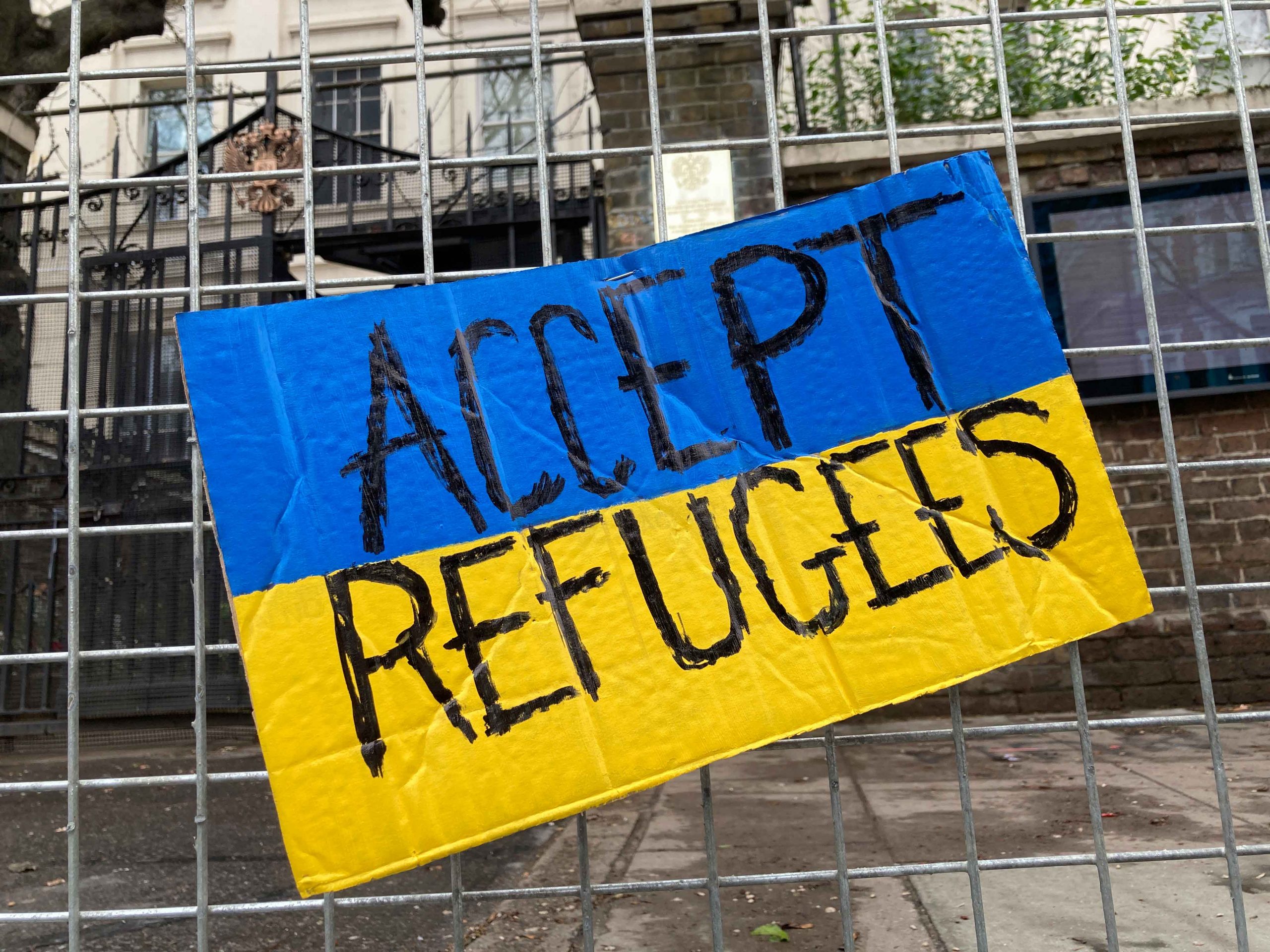 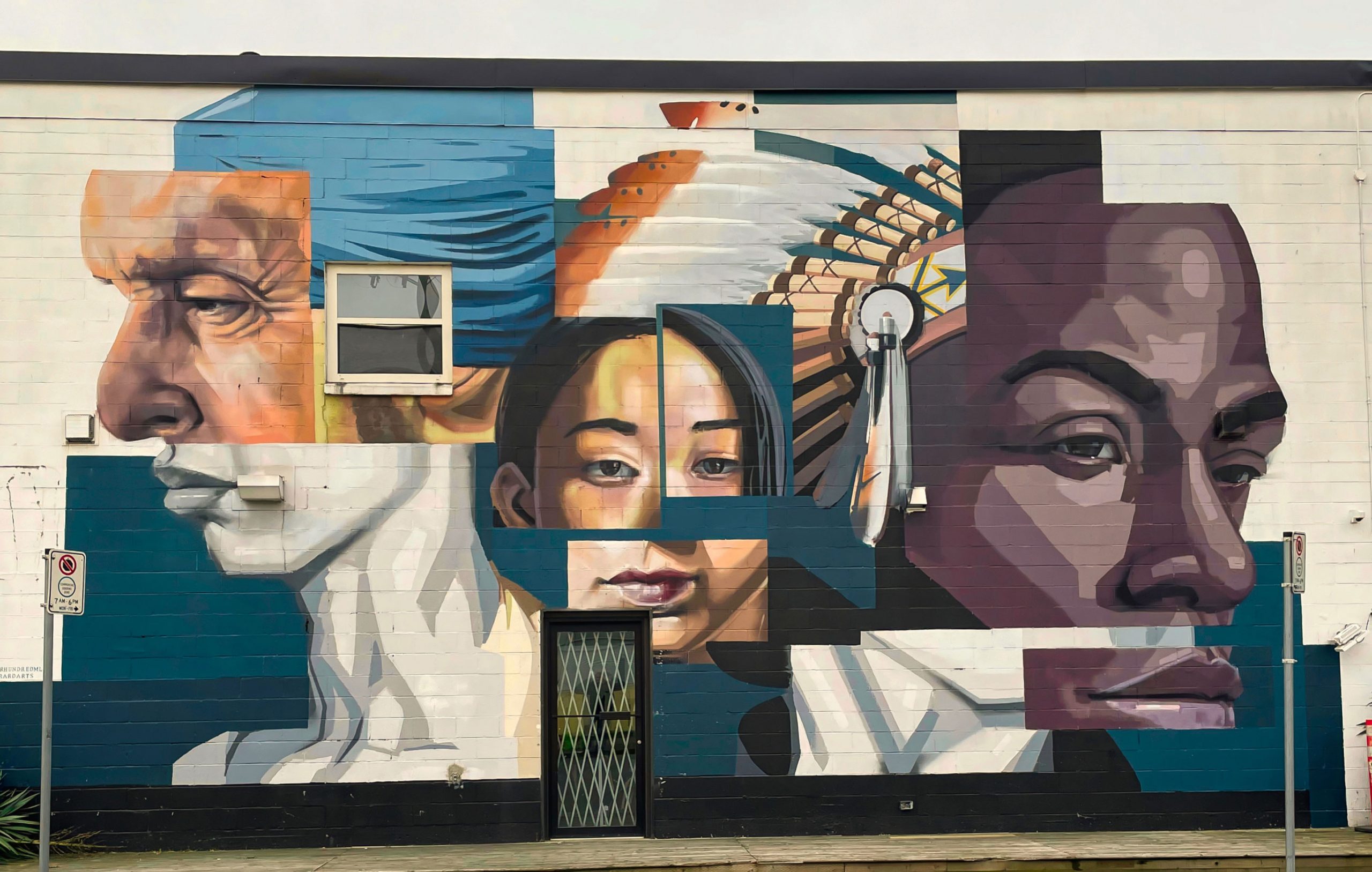